Changes coming to Elizabethtown in 2011 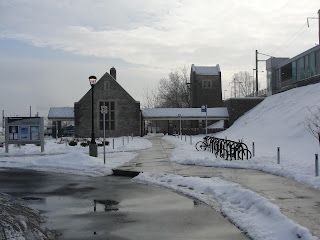 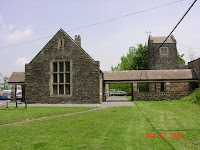 With the start of 2011, it's been a relatively quiet time for Elizabethtown Borough Council. That said, the borough has a number of projects in the works (all of them funded through grants and not your local property taxes) for the year.
The most visible ones are the Elizabethtown Train Station, left, which is on schedule to be completed this month. Some before and after pictures of the interior of the historic train station and some exterior views are below. It really is a stunning difference and a huge improvement for Elizabethtown.
Other projects that will get started this year include the extension of West College Avenue. Bids for the project have been forwarded to the Pennsylvania Department of Transportation for review, and last Thursday Borough Council  authorized the borough manager to file and execute documents with PennDOT for the project. The goal is for the construction to begin in March for the 18-month project.
In addition, Center Square is going to see nearly $220,000 in improvements, such as new trash and recycling receptacles, benches, stone planters, umbrellas and bike racks. 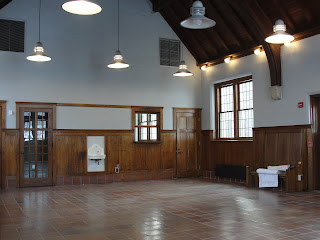 Center Square also will see some other significant changes. As part of a traffic signal improvement project, left-turn lanes on High Street will be added. To accommodate the lanes, and to meet PennDOT requirements, Borough Council voted to eliminate parking on East and West High Street beyond Peach and Cherry allies, respectively. Although motorists now create turn lanes there, it is a dangerous -- and illegal -- maneuver.

These changes and improvements are part of a signal synchronization project with Mount Joy and West Donegal townships to install new traffic signals at all intersections in the region, from Cloverleaf Road at Route 283 all the way through the borough and up to the intersection at Route 743, Holly Street and Mount Gretna Road.