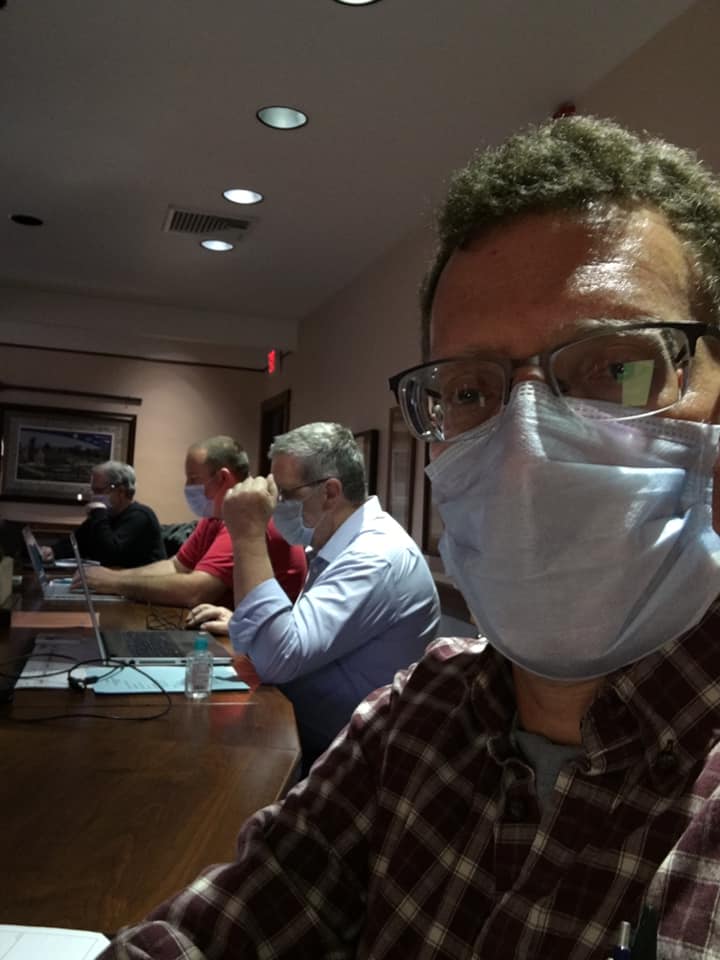 As I was writing this post, I discovered a PA Post article from today about the state Senate's having passed legislation to allow for municipalities to hold remote meetings during the COVID-19 pandemic. Specifically, the legislation removes the requirement that a quorum of members have to be physically present for other members to participate via phone or videoconference.

This is good news, especially after last week when we on Borough Council held our April 2 work session with a quorum of four members physically present and two members and the mayor Zooming in, as it were. For the record, the Elizabethtown Area School Board and the Elizabethtown Area Water Authority board (of which I am a member) held remote meetings last week, but they are governed by different state laws than municipalities.

As we were preparing for our meeting the week of March 31, there was interest in holding it remotely. In the midst of the COVID-19 pandemic, state Rep. Dave Hickernell notified us that the House had passed legislation that would give municipalities the flexibility to hold virtual meetings without a quorum.

That legislation then went to the state Senate, and it ended up in the Local Government Services Committee, where Sen. Scott Martin is the chairman. Despite the extraordinary circumstances, Gov. Wolf's stay-at-home orders and everyone's attempts at social distancing, Martin opposed moving the legislation out of committee. He was quoted in PA Post as saying it would have taken weeks of hearings.

He also argued that the state's Office of Open Records said that municipalities could forgo "formal" requirements because of Gov. Wolf's disaster declaration and that the Pennsylvania District Attorneys Association recommended municipalities "make a good faith effort to comply with the spirit of the law to provide for public accessibility. Local officials should weigh the impact of social distancing directives, stay at home orders in some counties."

The problem was that our solicitor, and other attorneys representing municipalities, disagreed. Our attorney said that if we held a remote meeting without legislation waiving the in-person quorum requirement, someone could question the legitimacy of any decision we made.

Not to mention the grave nature of potentially spreading a deadly.

So, on April 2, to meet the letter of the public meeting law, four of us councilmen – President Marc Hershey, Phil Clark, Tom Shaud and I – attended in person in council chambers. The only other people in the room were borough manager Rebecca Denlinger and police Chief Edward Cunningham. Two members, Vice President Neil Ketchum and Bill Troutman, and Mayor Chuck Mummert joined virtually.

Others who joined in on Zoom included the borough management team, architects consulting on renovating a downtown building for new borough offices, two reporters and one member of the public.

But this all is a moot point now, and for that I am grateful. Going forward, we can hold remote meetings without a physical quorum until the craziness is declared over.

According to the PA Post article, the Senate attached its legislation to an existing bill that amends the Pennsylvania Code and which the House already approved. So all it needs is the governor's approval.