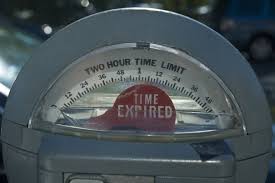 Everyone always talks about how there’s no parking in downtown Elizabethtown, or that parking is problematic.

Frankly, I’m tired of hearing about it.

So I’m here to dispel the myth. Because it is a myth. And we don’t need to tear down the Moose Building and construct a parking garage.


Starting today, Wednesday, July 6, 2016, I will document every single parking experience in downtown Elizabethtown. I predict that availability of parking spots and my ability to park will overwhelm the times when they aren’t.

8:30 a.m. Wednesday, July 6 – My son and I went to Folklore Coffee this morning. Although there were at least 5 parking spots in the lot behind Folklore empty and available, we parked in the Free Lot in the alley behind Groff’s Meats because I didn’t have a dime to feed a meter.

7:30 p.m. Wednesday, July 6 – Team McCloud headed to the Good Burrito Co. for dinner. Obviously, there’s no parking directly in front of the store on West High Street, but we drove straight into an available spot in the municipal lot next to Highlander Cleaners. We also could have parked in the municipal lot behind the library – lots of spaces available there.

3:05 p.m. Monday, July 18 – I parked on Market Street in front of Folklore Coffee on my way to a 3:15 meeting with the varsity E-town High School cross country coach. I didn't want to park right on the end, so I drove through that spot into the second one, got out and slipped in a dime for an hour's worth of parking. In fact, that whole row of parking spots was empty when I parked.

5:10 p.m. Friday, July 21 – On a mission to fill a growler with local craft beer, I found a spot right in front of Funk's Brewing on Market Street without having to drive around the block or find a spot behind the library.

6:30 p.m. Friday, July 28 – What's this? Multiple parking spots behind Folklore for a meeting with the varsity cross EAHS country coach and a candidate for an assistant coach job.

8 a.m. Tuesday, Aug. 2 – Once again, I had my choice from multiple spots behind Folklore as I headed to a meeting with the Elizabethtown Area Chamber of Commerce's Communications Committee. In fact, two other people pulled into spots before I got inside.

2:20 p.m. Tuesday, Aug. 2 – My son rode his bike to some friends' house and stayed until after it got dark last night. We quickly realized he needed a light for his bike, so he and I headed to Bicycle & Fitness Outfitters and parked right in front of the store.

2:38 p.m. Tuesday, Aug. 9 – A quick trip the library yielded a prime parking spot in the municipal light behind the library, right across the alley. I could have had my choice of any of a number in the lot, but this great spot was open.

1:15 p.m. Wednesday, Aug. 10 – I had to stop by The Elizabethtown Advocate's office in the first block of South Market Street, where there's no parking in the street. I found one of 7 open spots in the municipal lot next to the former offices of Hornafius Insurance (now Mile6). When I left 10 minutes later, other vehicles had parked next to me, but others had left, leaving 6 parking spots open for a zero loss of spots at that time of the afternoon.

12:20 p.m. Friday, Aug. 12 – On Tuesday, the library didn't have the book I wanted, but one was available in another of the libraries in the county. It arrived, and I stopped by to pick it up, parking in one of the free spaces right behind the library. There were lots of spaces in the municipal lot and also along Market Street.