During July, motorists in downtown Elizabethtown will see improvements in Center Square that will include the addition of left turn lanes in both directions on High Street. The work is part of a regional traffic signal synchronization project in which signals from Route 283 at Cloverleaf Road through the borough to the five-point intersection at Route 743/Mount Gretna Road/Holly Street are being improved.

At the square, parking will be eliminated to make room for left turn lanes on High Street. This will formalize and make legal the left turn lanes that drivers created on their own. These self-created lanes are clearly unsafe -- especially for drivers attempting to pass vehicles on the right. With the creation of formal lanes, drivers will have clearly defined lanes and will have safer conditions.

Because of the changes, signs as pictured above will be installed on High Street at the square to keep traffic moving. As you can imagine, someone that stops to let a passenger out or parks for a minute with four-way flashers on could prevent traffic from flowing and cause congestion.

In preparation for the work, Borough Council removed 15-mintue parking spots on East and West High Street and has added two spots each to the public parking lots (next to Highlander Cleaners and across from P&J Pizza).
Posted by Jeff McCloud at 9:14 AM 2 comments:

This morning, I happened to see on Facebook that the Elizabethtown Area School District posted its redistricting plan that will move a number of elementary students into different schools. This is the result of the opening Bear Creek Intermediate School, which all fourth, fifth and sixth graders in the district will attend next year, and the closing of Fairview Elementary School.
Posted by Jeff McCloud at 10:39 AM No comments: 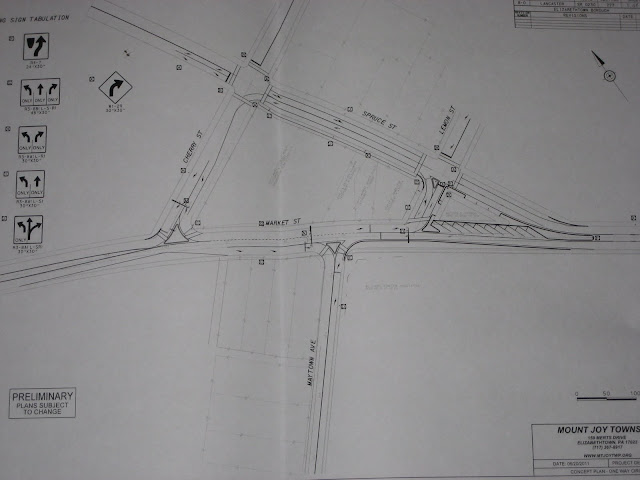 Assuming the project received approval from Borough Council, and the grant application is approved, Gault estimated that this would be two years before the project would be done.
Posted by Jeff McCloud at 9:44 PM 4 comments: 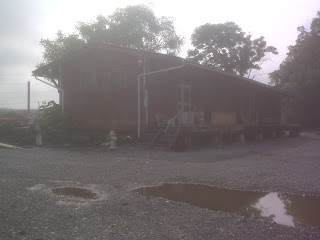 Last week, Elizabethtown Borough Council unanimously approved a memorandum of understanding with the Federal Transit Administration, the Pennsylvania Historic and Museum Commission and the Pennsylvania Department of Transportation to move an old freight station.

The station, which was at the center of some acrimonious discussions with local historical society officials, will be moved from near the newly renovated Elizabethtown Train Station to 340 W. High St. (across from White Oak Mills), a few hundred yards away. That location was the site of a former warehouse that the borough bought and demolished because of its dilapidated condition. 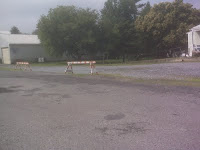 As of today, the borough does not have an estimate on the cost of moving the station. We also do not know what the schedule is for moving the building.

Speaking as one member of Borough Council, I will note that the members of the local historical society initially opposed moving the freight station. Although I firmly believe they could have approached the issue with more tact and grace, I -- and other members of Borough Council -- give them credit because the MOU that council approved says the Federal Transit Administration will pay for moving the station. Had we gone forward without that involvement and decided to move it, the chances were greater that we would have used local tax dollars. So kudos to the local residents concerned about preserving history.

The issue with the freight station arose during the renovations of the Elizabethtown Amtrak station. The plans call for additional parking to be constructed where the freight station stands now. The station, apparently constructed in the late 19th century, has been empty since the mid-1970s. Before tearing it down, the borough notified the Elizabethtown Historical Society as required under a borough ordinance.

The borough does not have a planned use for the freight station -- but we are open to any proposals or ideas for someone to turn it into a business or some use appropriate for that area of town.
Posted by Jeff McCloud at 9:23 AM No comments:

Defending E-town's honor takes on a life of its own

Last year, I made an appearance on the Lancaster-based podcast called The Lancast to defend Elizabethtown's honor as a town that can hold its own as a business friendly community. This came after co-host Daniel Klotz made an off-the-cuff remark in a previous podcast that businesses could find their legs in Elizabethtown and then move to the big leagues in Lancaster City.

That, obviously, didn't sit well with me. So I called out Daniel on his comments.

Now, it turns out that Daniel is leaving his duties as a co-host of The Lancast, and in his final episode this week there are some references to his comments and my confrontation. In particular, check out the last few minutes of the podcast in which Matt Wheeler does a parody song and incorporates the matter into the lyrics.

Indeed, defending Elizabethtown's honor in the county seat has taken on a life of its own.
Posted by Jeff McCloud at 7:53 AM 2 comments:

Patrons of Folklore Coffee & Co. on the square in downtown Elizabethtown soon will be able to eat at tables outside.

Owner Ryan Bracken came to last night's Borough Council meeting with a request to place four tables with two or three chairs each under the awning of the coffee shop. He said Folklore won't offer service at the tables but that patrons will order their food and drinks inside and bring them outside.

Under the borough's zoning ordinance, outdoor seating is permitted in the Central Business District -- essentially the downtown area -- as a conditional use. It requires a hearing before Borough Council and a $500 application fee.

However, borough officials have been reviewing and working on amending sections of the zoning ordinance, including the section regulating outdoor seating. Given that the ordinance is under review, Borough Council authorized the borough to waive the application fee and enter a temporary agreement with Bracken for Folklore to have the seating through the end of this year. By then, council and borough staff hope to have the updated zoning ordinance in place.

Zanzibar, a previous coffee shop in the same location as Folklore, also had a similar agreement with the borough for outdoor seating.


Other establishments downtown are encouraged to request similar permission for outdoor seating, but borough staff will review the requests on a case-by-case basis. This is because some sidewalk areas might not have adequate area to accommodate four tables -- and pedestrians do need clearance to walk without endangering themselves by stepping off the curb and into the street.

By allowing outdoor seating, Borough Council is hopeful this is a step in the right direction to encourage more people to visit downtown Elizabethtown.
Posted by Jeff McCloud at 6:52 AM No comments: