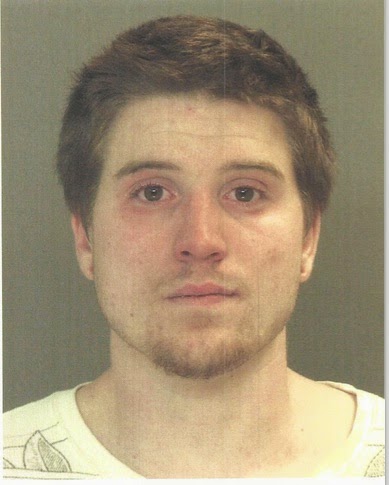 On Nov. 5, 2013, police responded to an assault that had occurred behind MoviE-town. A man had responded to an ad on Craigslist about buying a TV and agreed to meet a woman identified as Amber Consylman at MoviE-town. She allegedly led him around to the back of the building where Moore allegedly attacked the man with a baseball bat.

Police identified Consylman and arrested her. Further investigation recently identified Moore. Police ask that anyone with information about his whereabouts to call 717-367-1835.
Posted by Jeff McCloud at 8:15 AM