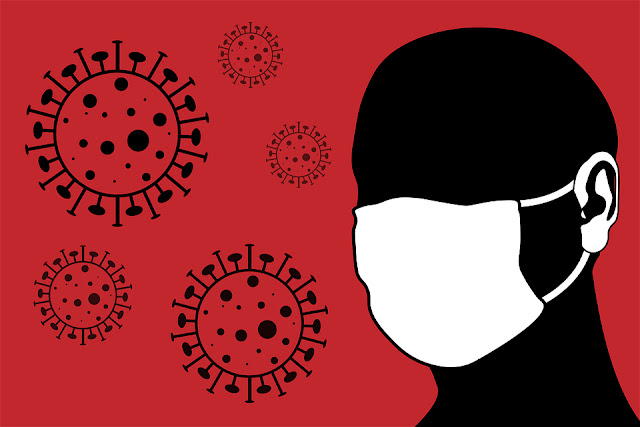 I experienced more than a little foreshadowing three weeks ago.

As the Elizabethtown Area Middle School track coach, I happened to be in the athletic office at the high school on Friday, March 13, at about 2:20 p.m. when Principal Maura Hobson interrupted with an announcement.

Students, she said, should take all of their books, Chromebooks and any other academic materials home with them "in case of a prolonged school closure."

As we all know, the world is pretty much shut down now, thanks to the pandemic caused by the disease COVID-19. It's a strange time, as news outlets all over have documented, with grocery store shelves bare (no toilet paper, frozen vegetables wiped out, shortages of eggs, bread gone) and typically busy places such as Times Square in New York City empty of people. This is because people are staying home, avoiding as much contact with other people to prevent the spread of the COVID-19 virus.

Although the disease has been making headlines since January in far-away places, it was just three weeks ago today that it all came to a head here in Pennsylvania and Elizabethtown. At least from my observations.

Ever since Friday the 13th – yes, indeed, it was – things have been weird, here in town, in Harrisburg, and in Washington, D.C. Let's just focus on the local weirdness, though. Here are my experiences and observations: 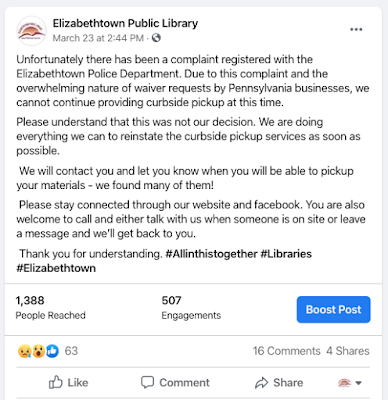